Don’t do this at home!

Facing your fear can sometimes be valuable to shoot scenes in where your own fear is carried on to in the shots. But you should be very careful. Never do it when you have even a little bit of doubt.
When a shot in a mysterious way contains a emotion it is most likely your personal emotion as a camera operator that is communicated through the shot.

I am afraid of venomous snakes so to shoot the snake scene I hung the camera on a bamboo stick. Because I know that a cobra can spit poison in your eyes over a distance of 3 meters, I used a 4 meter long stick.

For the scene of the man walking on the high bridge; I’m afraid of heights. So in order to shoot that scene I made a bamboo crane like in the “SSC tools” video section to get the camera on all the angles that scare me. Using a little LCD video screen I could control the camera and see these angles.

I was also scared when I was shooting the scene of the students protest because three years earlier (1995) I had been filming a clash between the military and students in Indonesia. But I got caught and after long interrogation I spent 4 days in prison before being deported out the country. 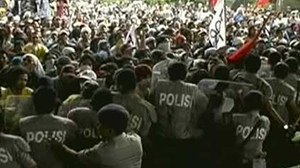 Student Protests Indonesia 1998 from the film Eye of the Day How to catch a venomous snake (Cobra) 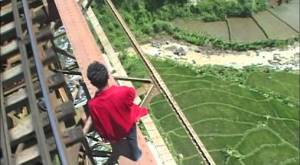 Man walking on a high bridge 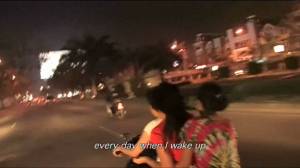 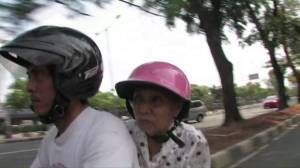 Motor Bakti and Rumidjah from Position Among The Stars 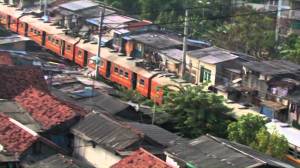 Crane shot near the train from Position Among The Stars 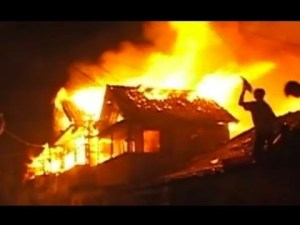 Fire in the neighborhood from Shape of The Moon 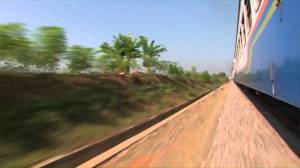 Hanging out the train from Position Among The Stars